The Chengdu Research Base of Giant Panda Breeding in China just might be one of the cutest places on earth, and it’s indispensably important for the survival of the endangered giant pandas that melts even the coldest hearts.

The giant panda is a bellowed animal that only inhabits the six major mountain ranges in the Sichuan, Shaanxi and Gansu provinces of China. With a population of less than 2,000, the giant panda is included on the endangered list by the Convention on International Trade and is protected by China’s Wildlife Protective Law as a special-class protected animal.[1]

The panda “daycare” in Chengdu is actually a specialised breeding centre and nursery that hopes to breed new giant pandas in order to revitalise the dwindling wild population. Each panda cub is special, not just because how cute they are, but also because of how hard it is to get pandas to breed. Female pandas are able to breed for only 2-3 days a year, and they only give birth to one cub every two years.[2]

Forest destruction in China’s Yangtze Basin region has killed thousands of pandas by both eliminating their food sources and disrupting their homes. However, thanks to the efforts of Chengdu and organisations alike, the panda population has grown by 17% in recent years. When population levels have reached desired levels, the Chengdu Research Base will shift its efforts towards helping giant pandas adapt to their natural habitats so they can be released into the wild and repopulate their native homeland.[1]

One of the beauties of the panda centre is that people can actually visit the place and see the happy, clumsy and adorable pandas for themselves. If you just can’t bear to leave the amazing place after your visit, the research centre has a volunteer program where you can help take care of the pandas! 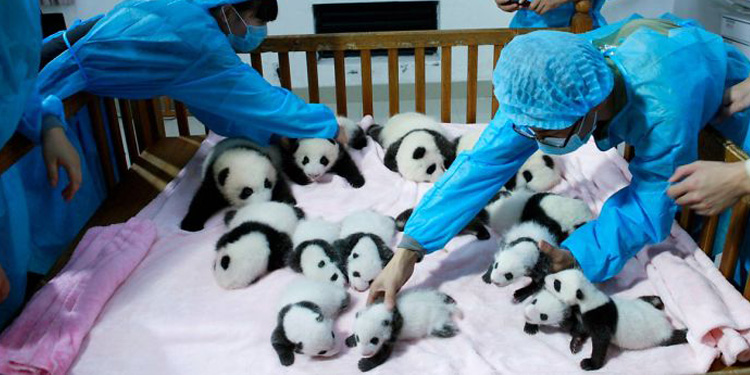 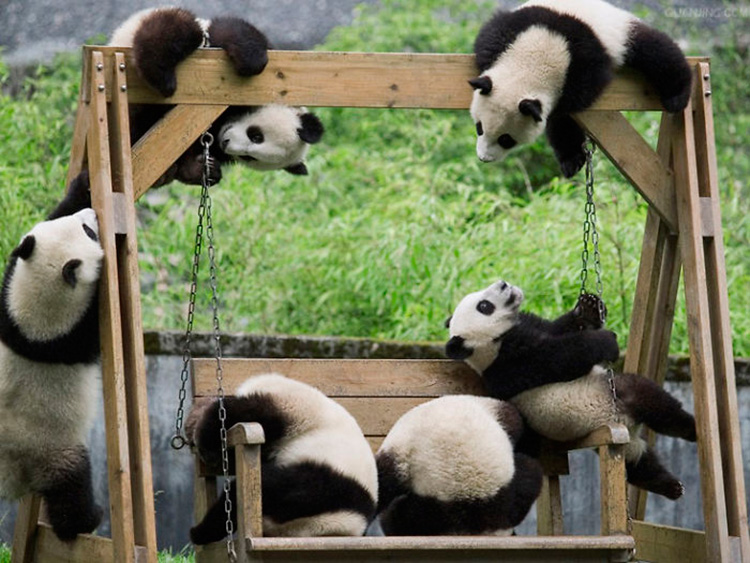 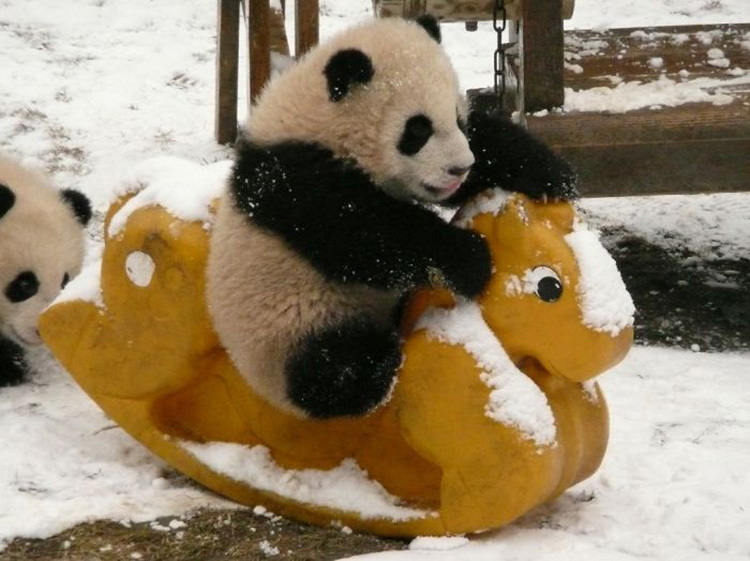 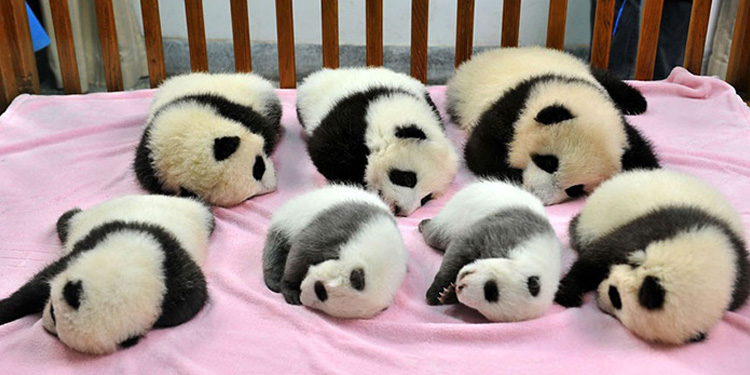 The Chengdu Research Base showing of their seven panda cubs, four males and three females, born in 2012. The first cub was born on July 28, 2012. Through an online voting contest the male panda received the name Ao Liao, which means Oreo in English.[3] 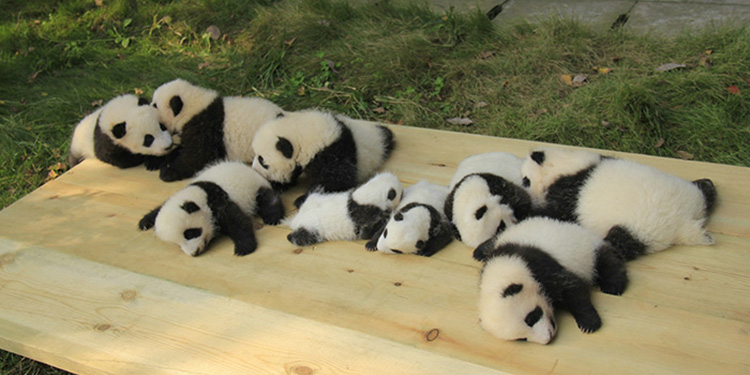 Sleepiness seems to be contagious.[1] 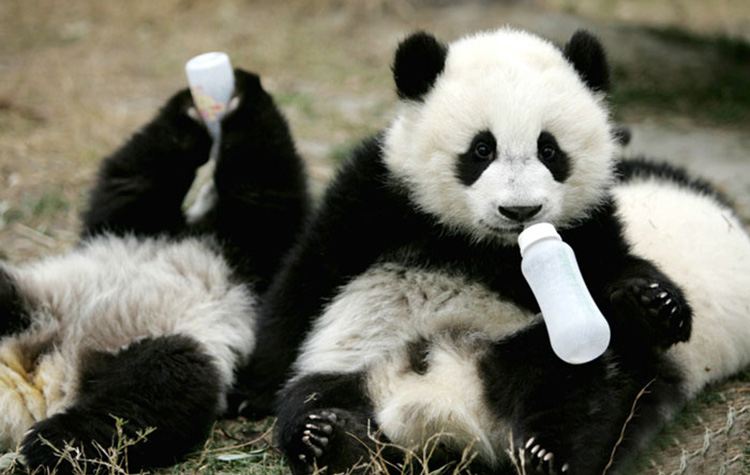 Panda cub learning to hold the bottle on its own.[1]