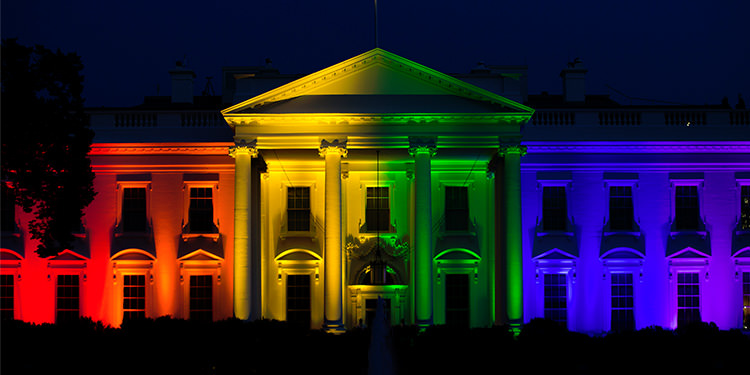 The White House is lit up in rainbow colours in commemoration of to the Supreme Court’s ruling to legalise same-sex marriage on Friday, June 26.

The U.S. Supreme Court’s historic ruling will expand the recognition of same-sex marriage beyond the 37 states and Washington, D.C. where it is currently legal, to all 50. The 5-4 decision, meaning that five out of nine Supreme Court justices voted for gay marriage, is most likely the biggest milestone in the U.S. LGBT (lesbian, gay, bisexual and transgender) rights movement. Following the decision, the U.S. became the 21st country to legalise same-sex marriage nationwide, including territories.[1]

"No longer may this liberty be denied. No union is more profound than marriage, for it embodies the highest ideals of love, fidelity, devotion, sacrifice and family. In forming a marital union, two people become something greater than once they were."

Justice Anthony M. Kennedy, writing on behalf of the court[2]

The decision, which was the culmination of decades of litigation and activism, set off a wave of pure joy and celebration. The Internet became very, very colourful following the decision. For sure no one has managed to escape the rainbow-coloured profile pictures on Facebook. Everyone from celebrities to big-name public figures to regular people joined in to share their happiness! But, Jim Obergefell, the actual plaintiff in this monumental case, might be the happiest. Following the ruling from the Supreme Court he summed up the verdict in the best possible manner, saying that “Our love is equal”.

Jim Obergefell, named #SCOTUS plaintiff/@HRC supporter, is an icon in the fight for #marriageequality #LoveWins pic.twitter.com/wToYUyRf55


Naturally, the decision was meet with cheer by the big man in charge as well. President Obama addressed the Supreme Court ruling, calling it a “victory for America”. Moments after the decision, President Obama called Jim Obergefell to congratulate him and thank him for his efforts.

"This ruling is a victory for America. This decision affirms what millions of Americans already believe in their hearts. When all Americans are treated as equal, we are all more free."

We say congratulations to everyone involved in this historic process and to all the soon-to-be newlyweds! Good work, Supreme Court, it is always a pleasure to see a love story triumphing in court! 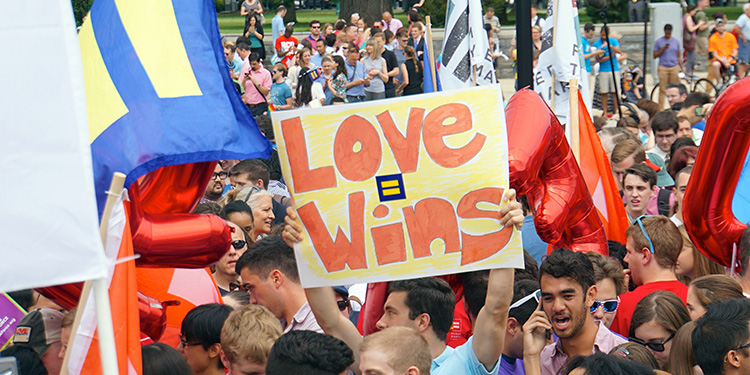 Celebrations following the Supreme Court's decision to legalise same-sex marriages across all 50 states.[4]