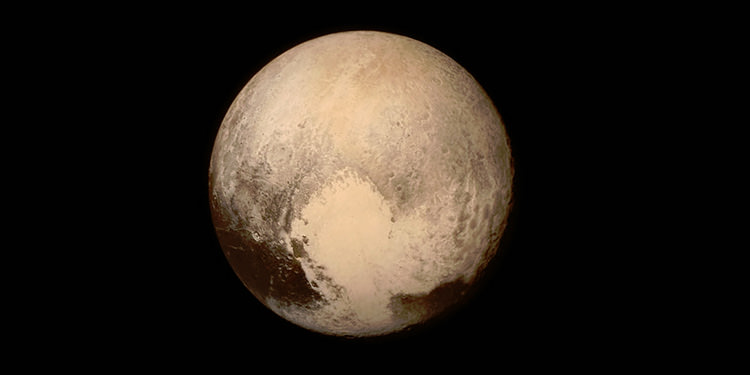 When the probe, called New Horizons, left Earth back in 2006, Pluto was still considered a planet. After nine years and 3+ billion miles of travel, the furthest humankind has reached in the universe, spellbinding images of the now dwarf planet has finally been ‘phoned home’.

The distance travelled by the piano-sized spacecraft, to attain the stunning images of Pluto, is staggering and so, so, so much further away that most human beings can fathom. To put it in some form of perspective, the three billion mile trek equals roughly 32 trips to the sun. The achievement is even more impressive if factoring in that flyby of the dwarf planet occurred at 30,800 miles per hour.[1]

The crowning achievement of the Pluto mission 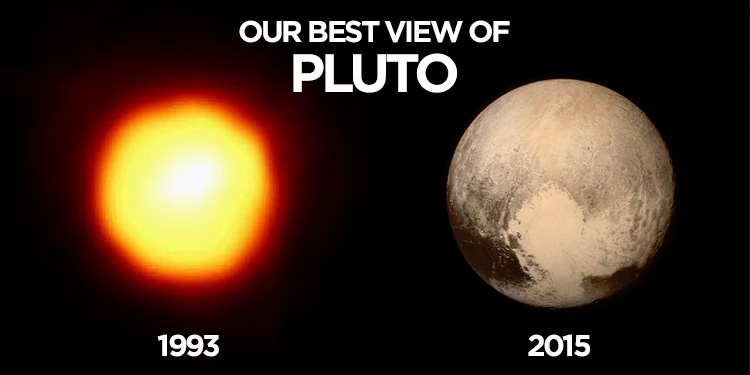 Besides capturing the fundamental impact of the New Horizons mission on our understanding of Pluto, the image above displays the amazing technological progress that has occurred during the last couple of decades. On the left is the best image mankind had of Pluto no more than a couple of decades ago; it was taken by the famous Hubble Space Telescope in 1993. On the right is the last and most detailed image of Pluto sent to Earth before the moment of closest approach, which was about 7,750 miles above the surface; or as NASA describes it “roughly the same distance from New York to Mumbai”. As it will take 16 months to download the data fully, we will for sure see even more amazing and higher resolution images than the one pictured above.[2][3][4] 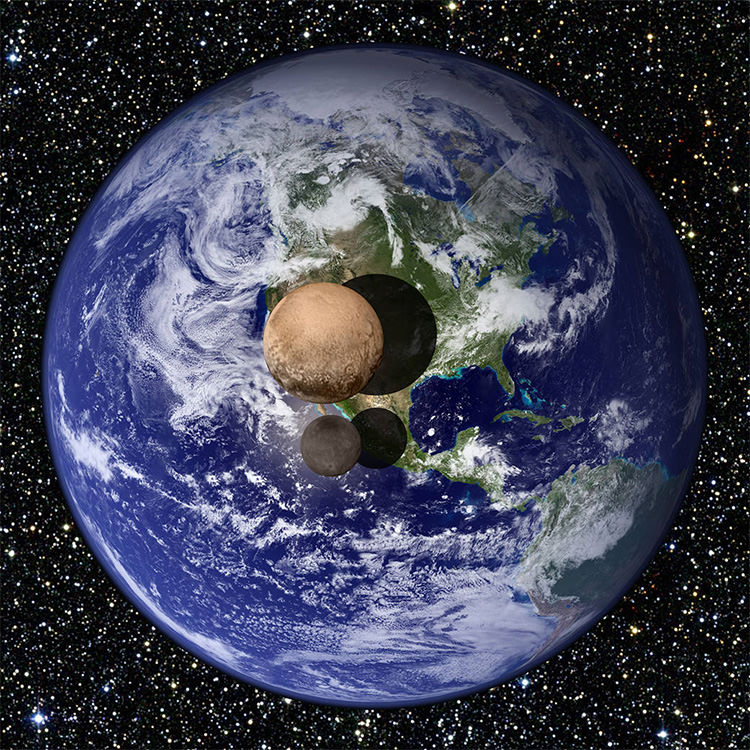 A graphical presentation of Pluto and Charon as they would appear if places slightly above Earth’s surface and viewed from a great distance. Recent measurements obtained by New Horizons indicate that Pluto has a diameter of 2,370 km, 18.5% that of Earth’s, while Charon has a diameter of 1,208 km, 9.5% of Earth’s.[5] 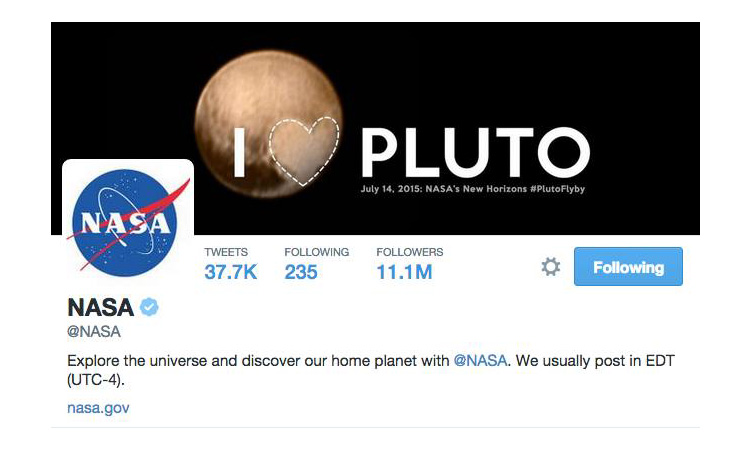 No one that has seen the amazing photos has managed to escape the big heart-shaped patch of frost on Pluto. The social-media savvy romantics at NASA have decided to answer the dwarf planets declaration of love by reciprocating with an updated cover image on Twitter. Looks like the beginning of a love story written in the stars!